We use cookies to offer you the best experience on our site. By continuing to browse the site, You are agree to use cookies.
For obtain more informations please Click here

You now have 5% off your next Order. 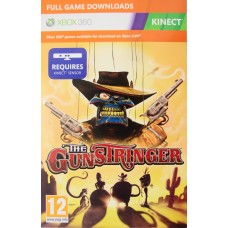 The Gunstringer for XBOX 360

This product is non-returnable and non-refundable.

Check out this bundle:
View Bundle

Buried and left for dead by his former posse, a skeleton cowboy marionette begins his journey of revenge, aided only by his gritty resolve and trusty pistol. He will track his betrayers down, one by one, and bring justice upon them. They will pay a mean price on their own turf, from the plains of the high desert, to the swamps of the bayou, to the east Asian mountains, down to the depths of the undead underworld. Nothing can stand in his way, nothing will stop him on the vengeance trail.